skip to main | skip to sidebar

Donating to Save Lives

Last semester, the students of the athletic training program, along side many of the student athletes, participated in a pilot program called "Be The Match". Phil Page, an alumnus of the LSU Athletic Training Program, who is suffering from severe aplastic anemia, started this program in the hopes of expanding the amount of possible matches for those with severe illnesses how are in need of life-saving bone marrow donations.  Currently, Phil is the Director of Research for Theraband, and he also manages a blog, bonemarinara.com, which tells his medical story as well as serves as a resource for those looking for more information about being a blood or bone marrow donor. His blog specifically talks about his disease, the symptoms, treatments, and hardships he has had to overcome.  To participate in the "Be The Match" program, the athletic training students were able to collect about 150 swabs from other athletic training students and student athletes willing to be added to the possible donor list.  Initially, the Athletic Training Program’s intention was to help secure donations. After doing so, the idea to challenge other schools to participate surfaced.  The "Be The Match" program is now in the works of becoming a national program. Three of those that participated in the collection were contacted about being possible matches for someone in need.  One our athletic training students, Adrianne Bosworth, was one who received a letter in the mail that she was a possible match.  After an extensive medical history, a contact informed her she was not a match.  Adrianne told us, “when I first found out that I could be a match I was very excited that I could possibly help change someone’s life.  I was pretty disappointed when I found out I was not a match.”  With hopes that her profile will remain in the "Be The Match" database, we are all optimistic and excited to be able to help such as great cause.  There will be another collection coming up this spring! 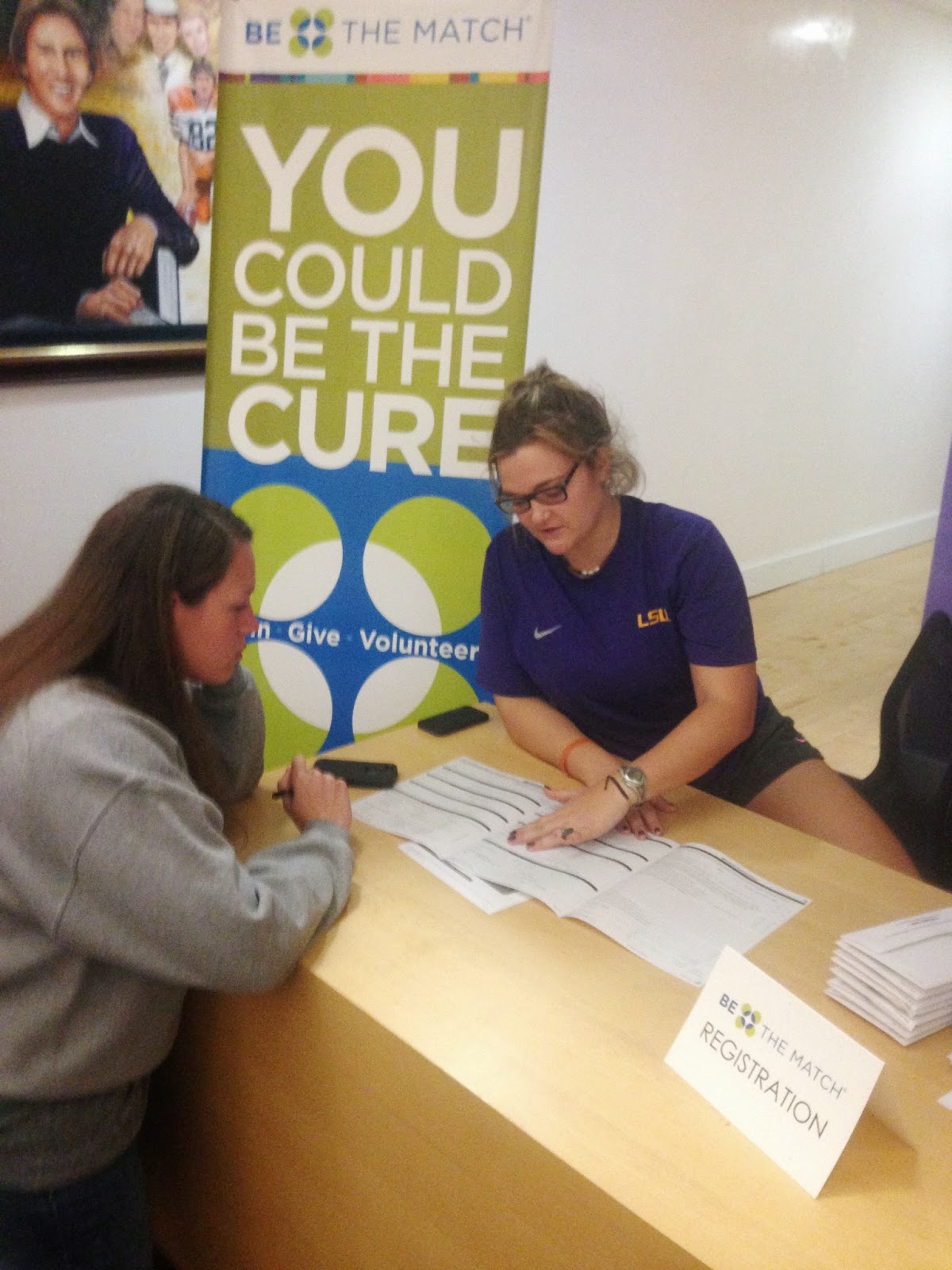 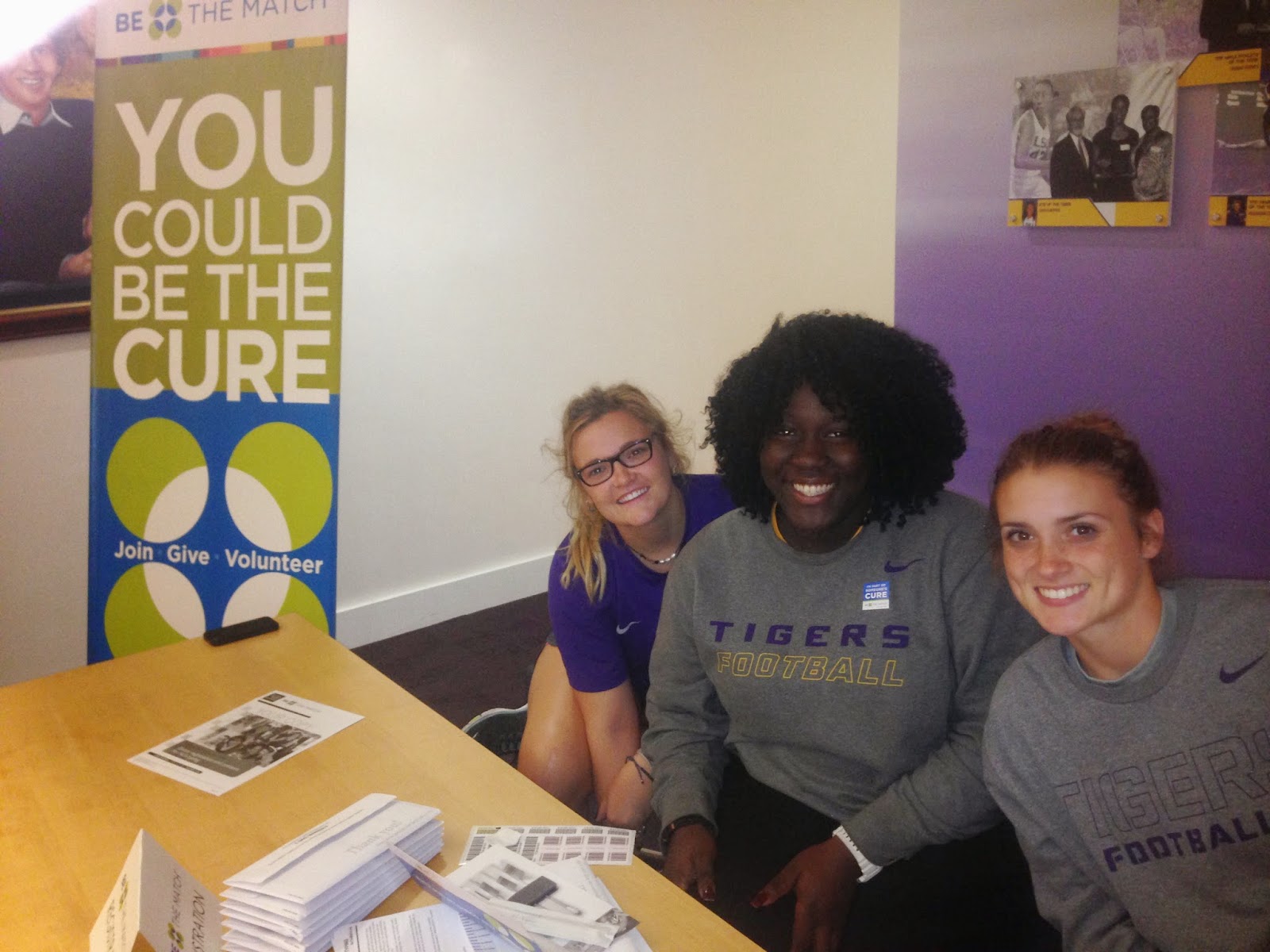 If you would like to be included in the group that receives monthly email notifications when the latest newsletters come out, email Shelly Mullenix at smulle1@lsu.edu.